Logos with a face: Representing your own brand, literally!

One night, our family had dinner together. We ate in a local restaurant called Romulo’s. The interiors were rustic and the food was delicious and locally sourced.

On the brick walls were old family photos and there was one big portrait of a man in a white suit and a cowboy hat.

“That’s probably Romulo.” my brother said. “The logo looks like him.” pointing at the branding on the paper napkin.

“Mom, do you want to create a new logo for our own food service?” my sister asked. “Let’s use your face! We’ll make you famous!”

“No!”, said our mom instantly rejecting her idea. “Our food and service need to be famous, not me.”

We were all laughing at the prospect of plastering my mom’s face all over the place. It did sound hilarious but I’m quite sure in design, marketing, and advertising, it can be effective. KFC, Wendy’s, Gerber, and Quaker would agree with my sister.

Why do people love logos with faces?

Logos with faces are everywhere. We’re always looking at people’s eyes, noses, and lips to recognise them, whether we realise it or not. Our brains have been wired to identify faces first since we were infants before any other shape in the environment.

As we look at brands with illustrations of people, our brains are naturally drawn to the faces first, followed by the rest of the logo.

Faces in logos are typically more memorable, and their popularity has grown over time. These logos can now be found in almost every industry.

Pros and cons of including a face in your brand logo

Logos with facial features have many advantages. They make the brand more human, friendly, and approachable. A face can also be used with the logo in many ways, such as as a background, a frame, or as part of the logotype.

A face is unquestionably a distinct branding asset. Finding someone who looks like you is rare, and finding a twin etched on the packaging or a website is even more unusual.

A logo designed after you is not only a conversation starter, but it also serves as a source of brand recognition.

If the identity of a specific person makes the brand more recognizable, including it in the brand guidelines could be a wise decision.

While adding a face to a logo can make it more memorable, it can also have drawbacks.

For example, if the logo is for a company or organisation with more than three core members or founders, deciding who should be included may be difficult.

It’s also possible that the face is too personal or too similar to a celebrity or icon. Years ago in our neighbourhood, there was a famous TV and movie actress with a mole, and a salon used a stylized illustration of her as its logo.

Almost everyone on our street assumed that this local celebrity owned the parlour. The salon benefited from the rumour, but the actress has the right to sue because the salon used the celebrity to attract new customers.

Our take on logos with faces

Why not experiment with your company logo with your image on it? You can send your best photo to your design team and they will turn it into a logo. Are you too shy? I can sense your hesitation from a long distance.

Don’t worry, if you let a designer use your photo for a logo, the finished product will not be exactly like you (unless you require, of course). Based on the inspiration you provide, the designer will create their own interpretation.

Just let us know if you want your image to look like a painting, an animation, or something like Pablo Picasso’s Dora Maar. Only our friends and family will recognise you on the logo because they know you.

Take a look at these well-known brands. If done correctly, the image becomes so universal that it can represent a baby, an old man, or a statue. Not Ann Turner Cook, Colonel Sanders, or Jennifer Joseph, in that order.

They become a part of a brand while also developing their own identity.

Examples of brands who have used a face in their logo 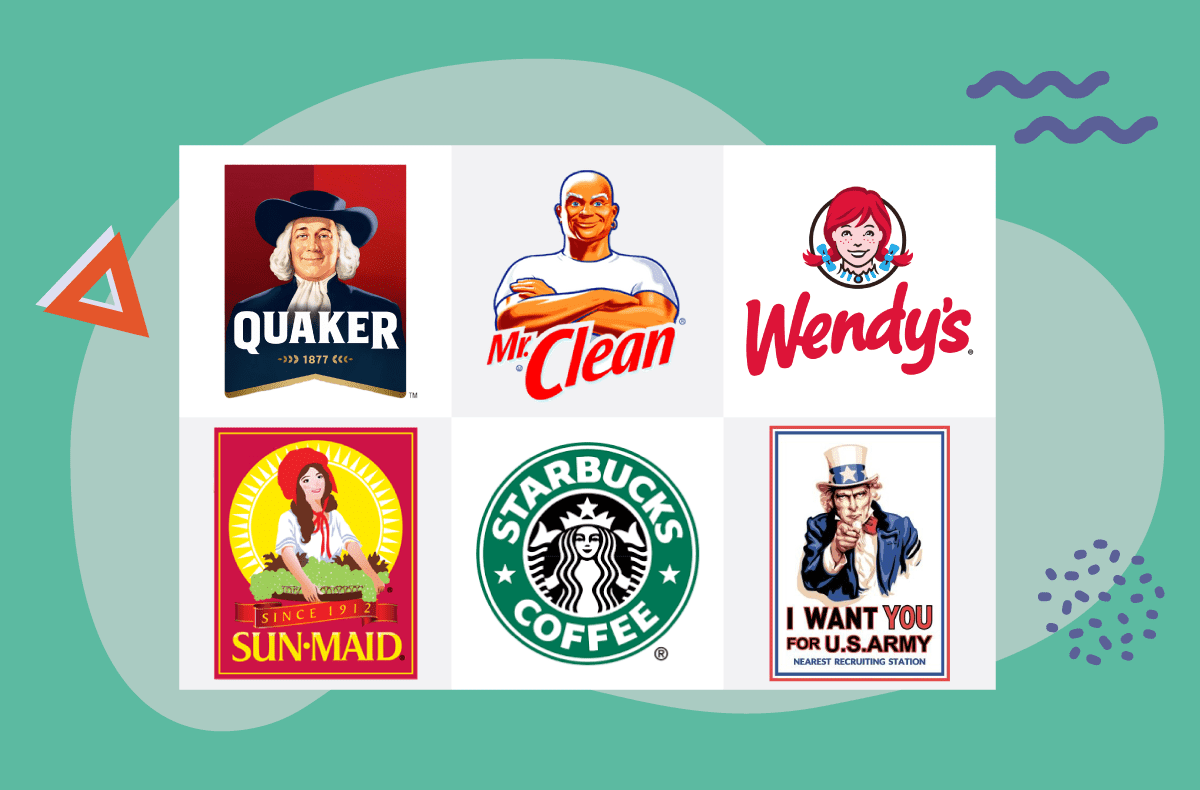 To embody is to express or give a tangible or visible form to an idea, quality, or feeling.

The face is a unique physical trait that can be assigned to a brand or logo, but that is not enough; you must also exude your brand so that your employees and clients can truly trust the company.

While a logo with a face can help your brand stand out, the key is to make sure the face isn’t distracting and that it supports the overall message you’re trying to convey.

Get a professional illustrator to create a logo with your face and it could do wonders for your brand!

8 time-wasters when creating a brand​

What is the difference between the TM, R and C symbols?